The standard understanding of these terms may differ from the rotarian definitions. 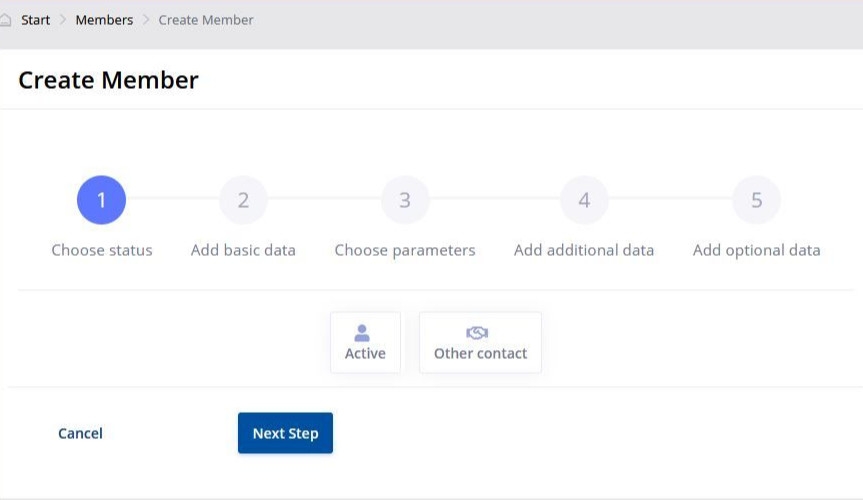 Rotarian or Rotaractor in his own club. One person can be member in only one club (home unit). The home unit is highlighted in blue.

When transferring membership from abroad, the NICO must first be contacted by email to nico@rotary.ch

A Rotarian or Rotaractor who has been invited to another club, District or organization. Guest members participate in the life of the club and may serve on Committees but may not assume a position on the Board. One can be a guest member in as many clubs as one wishes. Being a guest is not a status but a relationship with another organization. Organizations in which a member is a guest are highlighted in a yellow background in their profile (see image at right).

Should one wish to become a Guest of a club, please contact the club secretary.

To admit a guest member from abroad, the first step is to contact the NICO by email at nico@rotary.ch

Member of a club before full admission. The membership of a candidate lasts a maximum of one year. A prospect may not serve on the Board or a Committee.

A person who is not a member of the Rotary community (i.e., not a Rotarian or a Rotaractor). For example, a widow or widower of a member, an interested person, the manager of the restaurant where the club meets, a member's assistant who helps the member perform his or her duties (secretary), etc. This person cannot serve on the Board or a Committee but can be assigned one of the club's administrator roles

An active Rotary member who attends an event in a club other than his or her own, either in his or her own country or abroad. Unlike a Guest, the Visitor has no relationship with that club.

According to Art 4.010 and 4.050 Manual of Procedure 2016, a club may only award Honorary membership to a Guest Rotarian of another club, or to a non-Rotarian. In other words, an active Member cannot be an Honorary member of his or her own club!

Many Rotarians do not understand this rule. However, it is not in our power to change the RI rules. We can only refer these persons to the Manual of Procedure.